*Product pictures shown are for illustration purpose only.

*Actual product may vary from the picture shown here.

*Specification and pricing are subject to change. 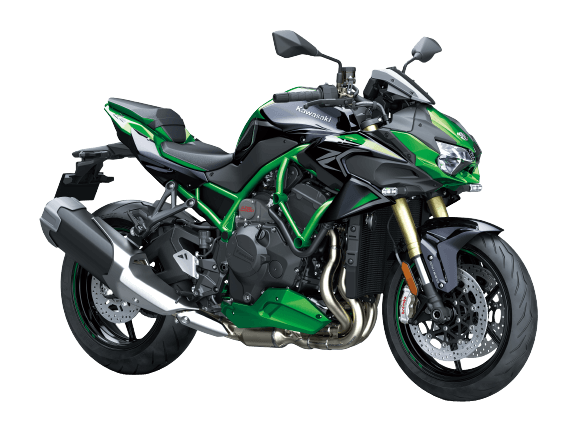 The styling of the Z Series flagship Z H2 SE was shaped according to its SUGOMI & Minimalist design concept. Its dynamic crouching form, which calls to mind a predator poised to attack, and the asymmetric Ram Air intake on its left side are elements of its fiercely intense and highly individualistic SUGOMI design. Its compact chassis is the product of a minimalist design philosophy, with all functional parts shown simply, without flourish, and made as small as possible. Conversely, the prominent display of the new steel trellis frame its aluminium pivot plate only underscores their importance – both functionally and as styling elements. Finally, when discussing the Z H2 SE’s styling, the significance of the Kawasaki River Mark emblem displayed on the headlamp cowl should not be forgotten. Its use, an honour permitted only for machines powered by supercharged engines, confirms the Z H2 SE as a flagship model.

The Z H2’s advanced electronics package includes numerous electronic control systems such as KTRC, KCMF, and KIBS, as well as an IMU that provides chassis orientation feedback to KIBS and KTRC. These rider-support systems offer the peace of mind to handle the power of the supercharged engine, while providing a wide range of information. In addition, Electronic Cruise Control and KQS further enhance riding convenience.

In addition, a choice of three Power Modes, and integrated Riding Modes that link KTRC and Power Mode are extremely easy to operate, allowing riders to focus on their ride.

This model is equipped with a smartphone connectivity function, which enables connection via Bluetooth. Since the system can be accessed via Bluetooth technology, there is no need to connect cables, which means that convenience is dramatically improved. In addition to checking machine information and recording and downloading logs, settings such as Riding Mode can be prepared remotely.

A Bluetooth chip built into the instrument panel enables riders to connect to their motorcycle wirelessly. Using the smartphone application “RIDEOLOGY THE APP,” a number of instrument functions can be accessed, contributing to an enhanced motorcycling experience.

At engine speeds (rpm) above 2,500 min-1, KQS enables clutchless upshifts and downshifts. Complementing the powerful engine and dog-ring transmission, the quick shifter is a convenient feature that can be used not only for sports riding but also for city riding and touring. It enables quick upshifts and downshifts, facilitating smooth acceleration and deceleration.

During acceleration, the system detects that the shift lever has been actuated, and sends a signal to the ECU to cut ignition so that the dog-rings can smoothly engage the next gear without having to use the clutch.

During deceleration, the KQS system automatically controls engine speed, allowing you to downshift without operating the clutch.

The system uses a contactless-type sensor, contributing to its high reliability.

Able to harness the full power of the supercharged engine, the Z H2’s specially designed frame offers a combination of high-speed stability and light handing that facilitates control when riding in the city or on twisty roads – seemingly contrary characteristics. The compact frame, an ideal basis for the form of a naked model, has a high-level balance of stiffness and flexibility, allowing a wide range of riding situations to be tackled.

All the lights – including the headlamp, taillight as well as turn signals and license plate lamp – are equipped with LED bulbs. Low power consumption and high durability improve maintainability while providing high-light intensity and high illumination. The light’s vivid colouring contributes to excellent visibility from the surroundings, significantly contributing to enhanced night riding safety.

The frame mounted headlamp also influences the styling around the front and creates an innovative look that is different from previous naked models.

Manageable Power Delivery at all speeds thoroughly pursued to achieve a power unit that enables you to experience the high output of 200 PS. When displacement is increased in order to gain more power, this usually results in increased size and weight, which diminishes the merit of any power gained. The Z H2 eliminates this problem by using a supercharged engine. The DOHC 16-valve 998 cm3 In-Line Four Balanced Supercharged Engine generates a high maximum power of 147Kw (200 PS) while also being lightweight and compact. It produces intense acceleration unlike anything a naturally aspirated engine can provide. 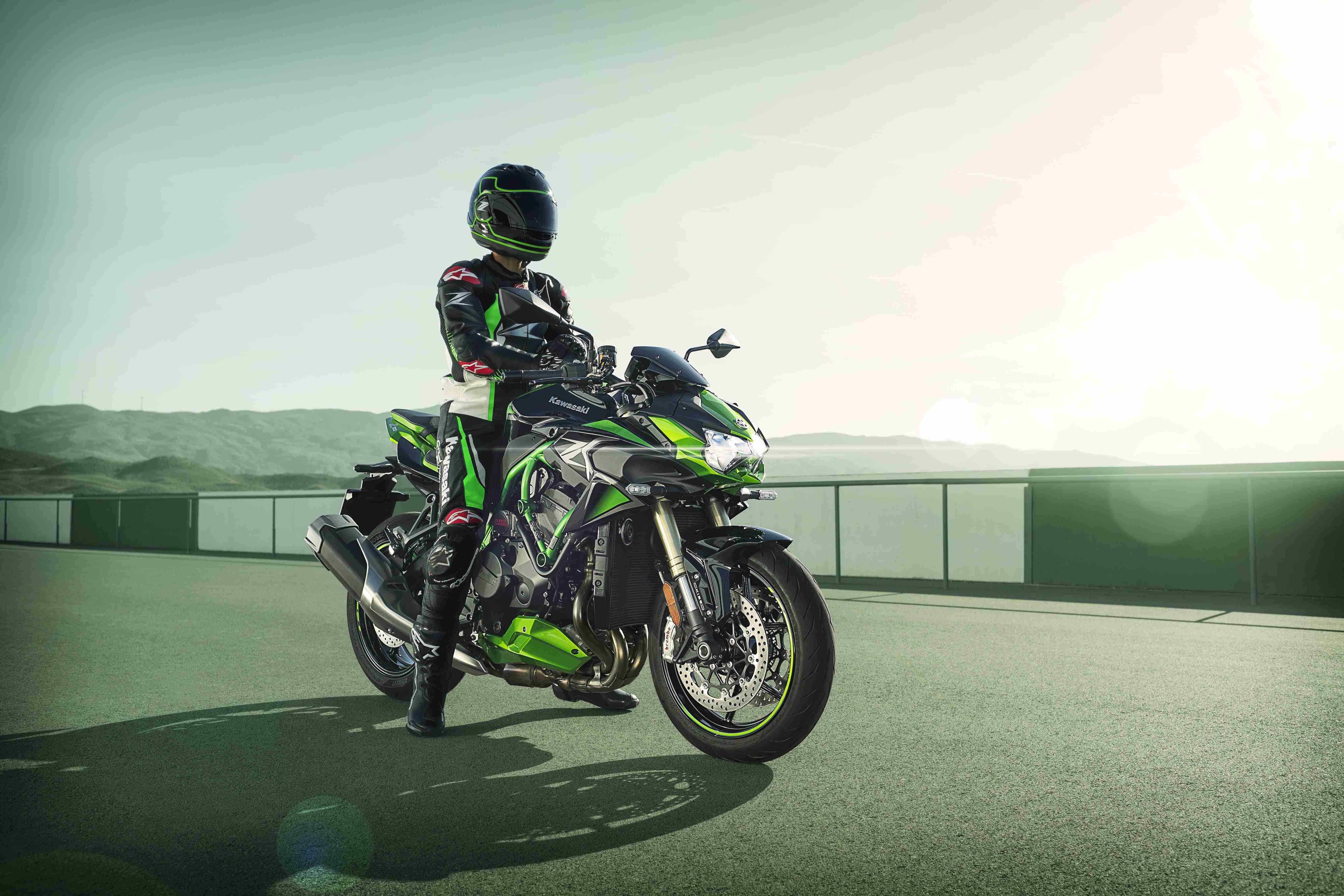 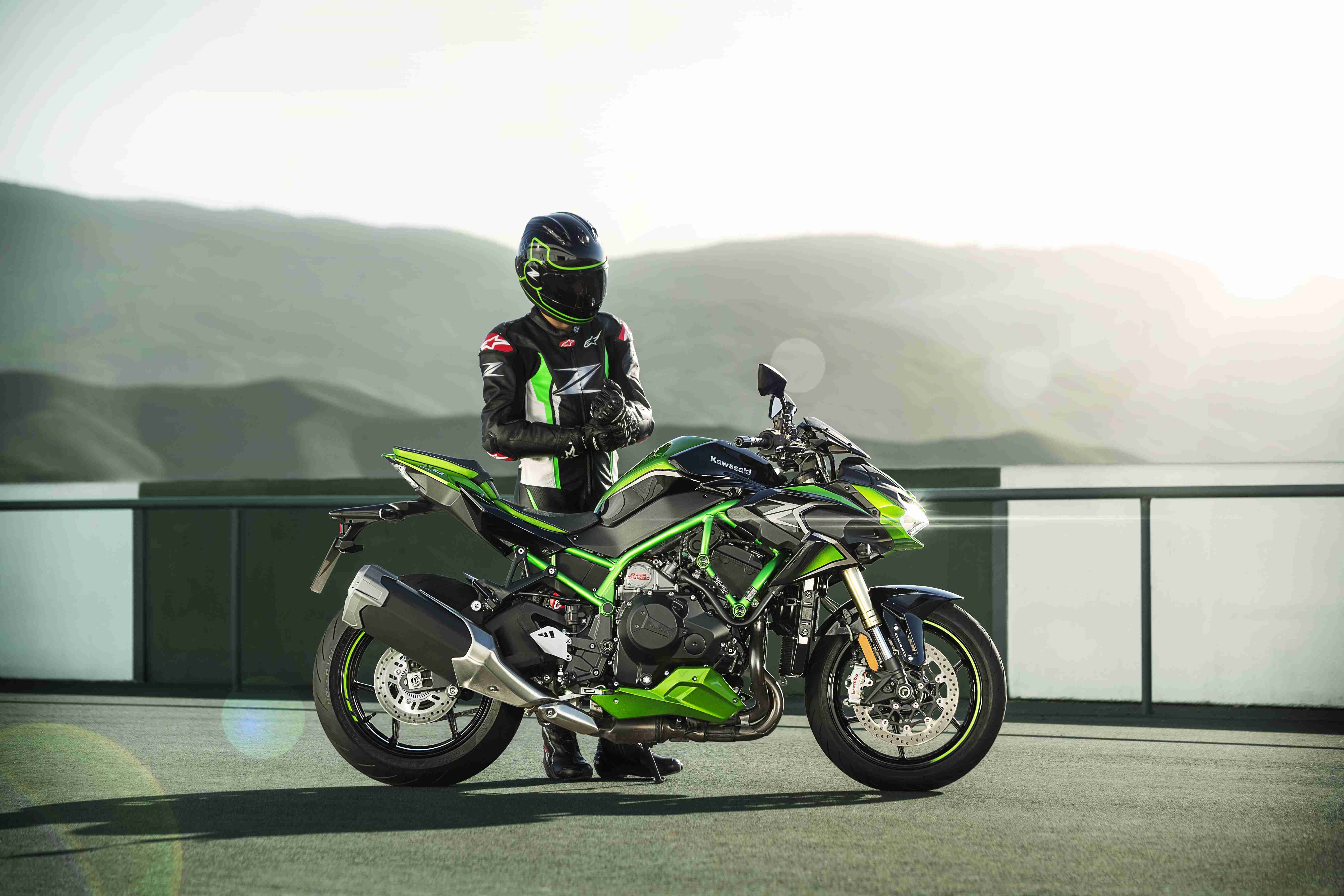 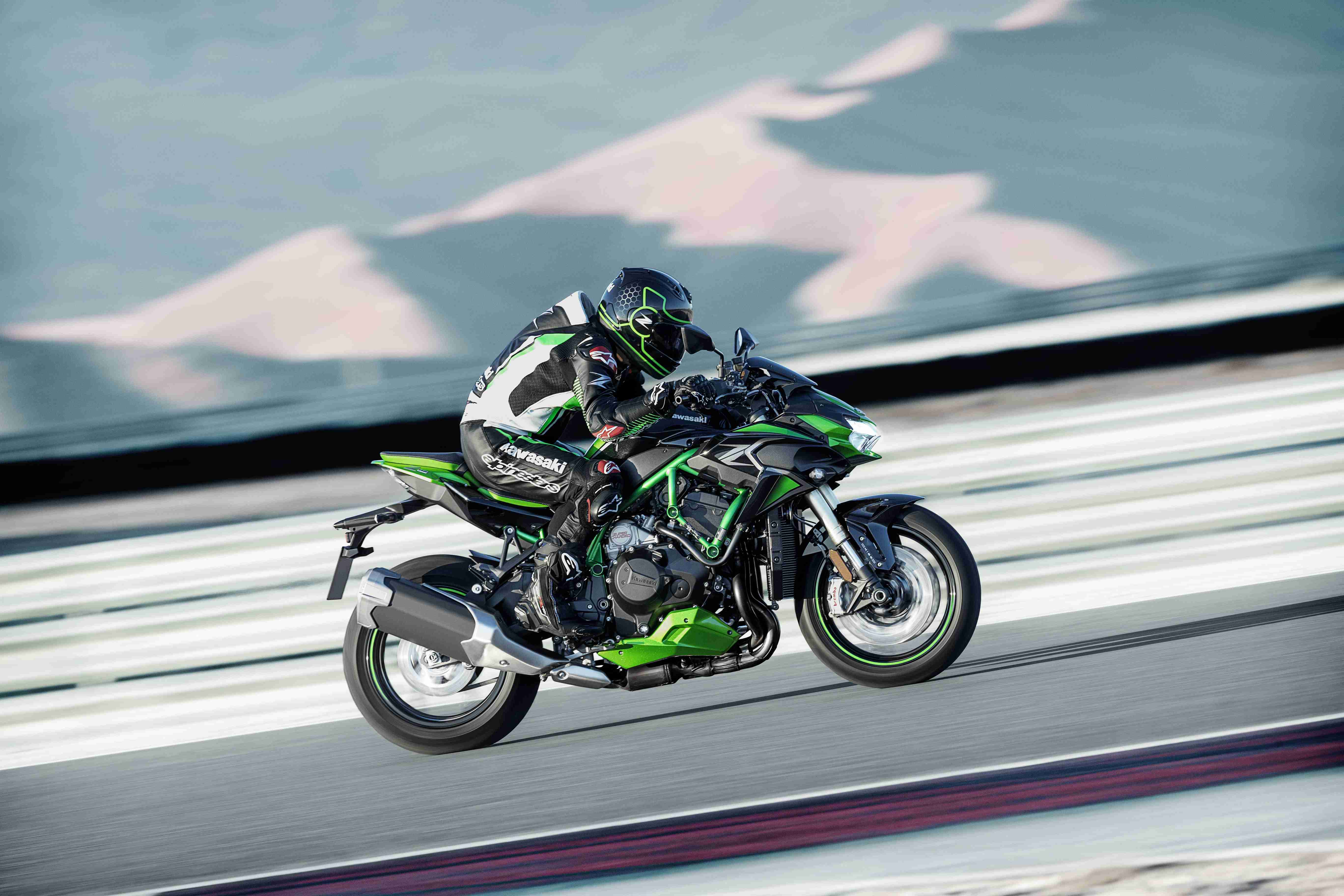 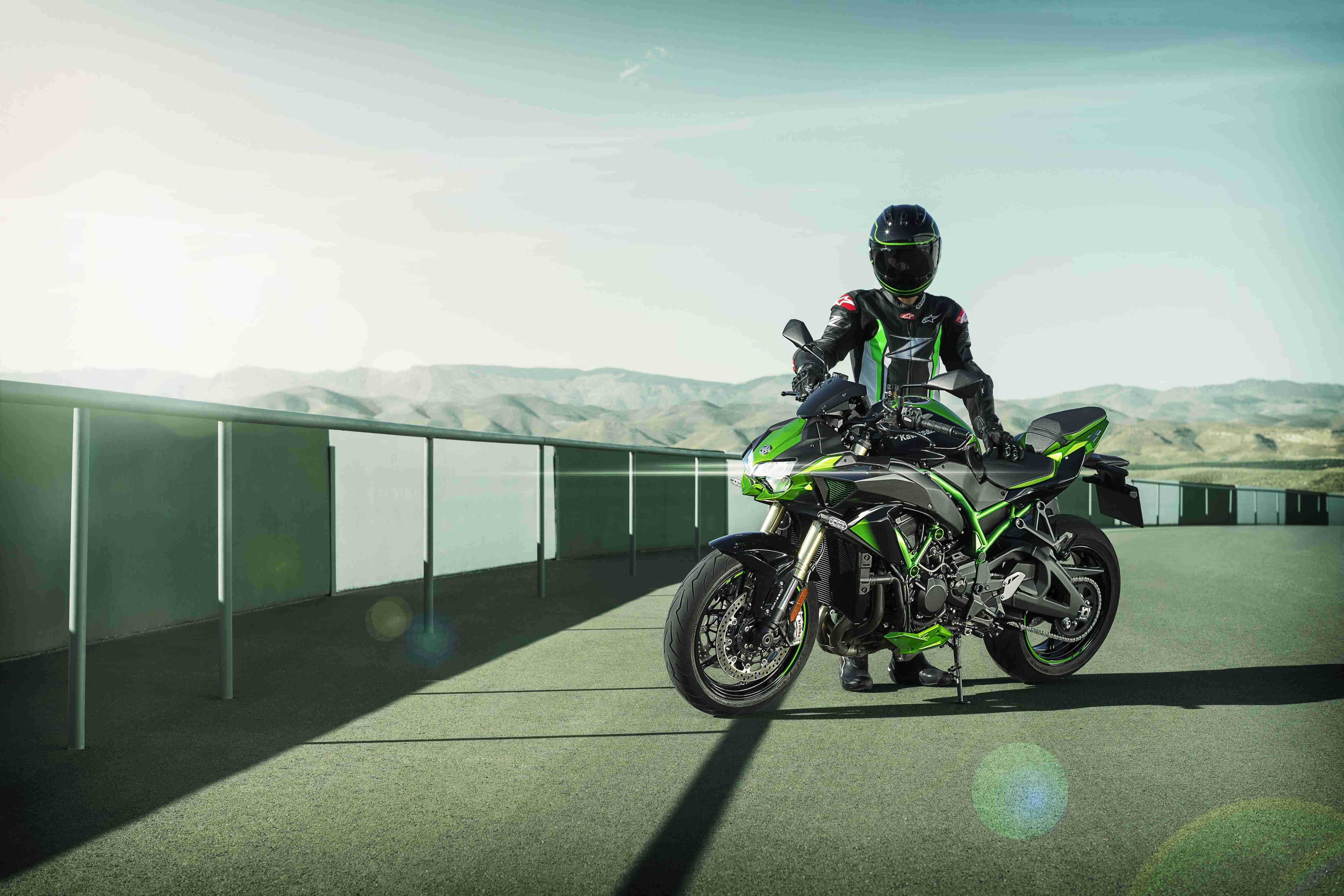 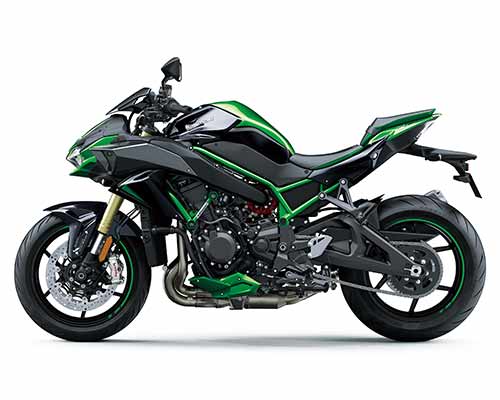 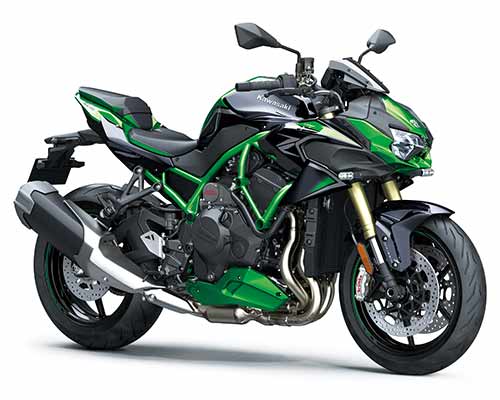 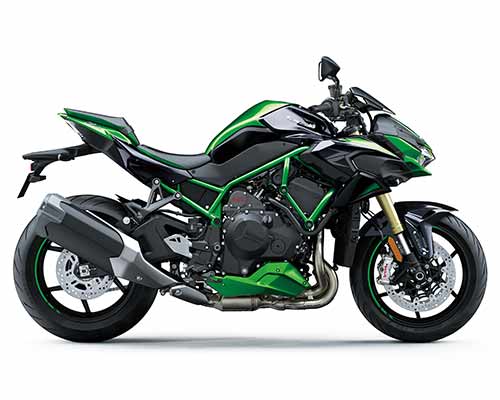 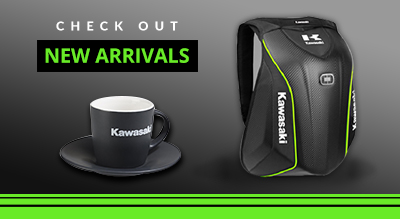 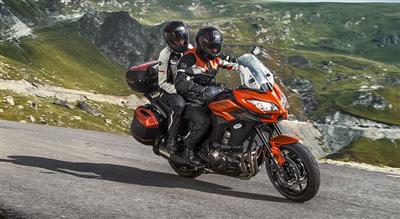 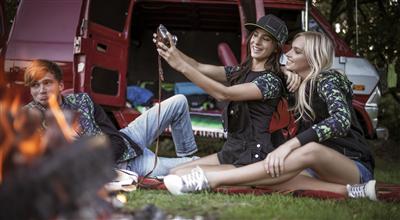 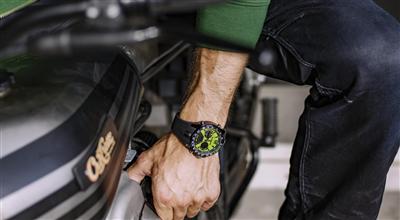